The Most Beautiful Cars in the World

For its first fifth editions, the Chantilly Arts & Elegance Richard Mille Concours d’Etat brought together the greatest collectors from all around the world. One hundred exceptional cars, embodying the most beautiful creations in the automobile history, have come each time from all over Europe, but also from United States, South America, and Asia.

Presented on the Estate’s Le Nôtre lawns to form a remarkable and unique ephemeral museum, they display their charms for one purpose only: to be awarded the Best of Show. Indeed, “crème de la crème”, Chantilly obliges, Chantilly Arts & Elegance Richard Mille has been awarding two Best of Show prizes since 2017, as it is difficult to compare a pre-war car with a post-war one.

In each of the 17 classes comprising some four or six cars, rareness, history, state of conservation and upkeep are the main criteria considered by the hand-picked jury when examining them to select the class winner, an obligatory step to go onto the two final “Queens of the Day” consecration. 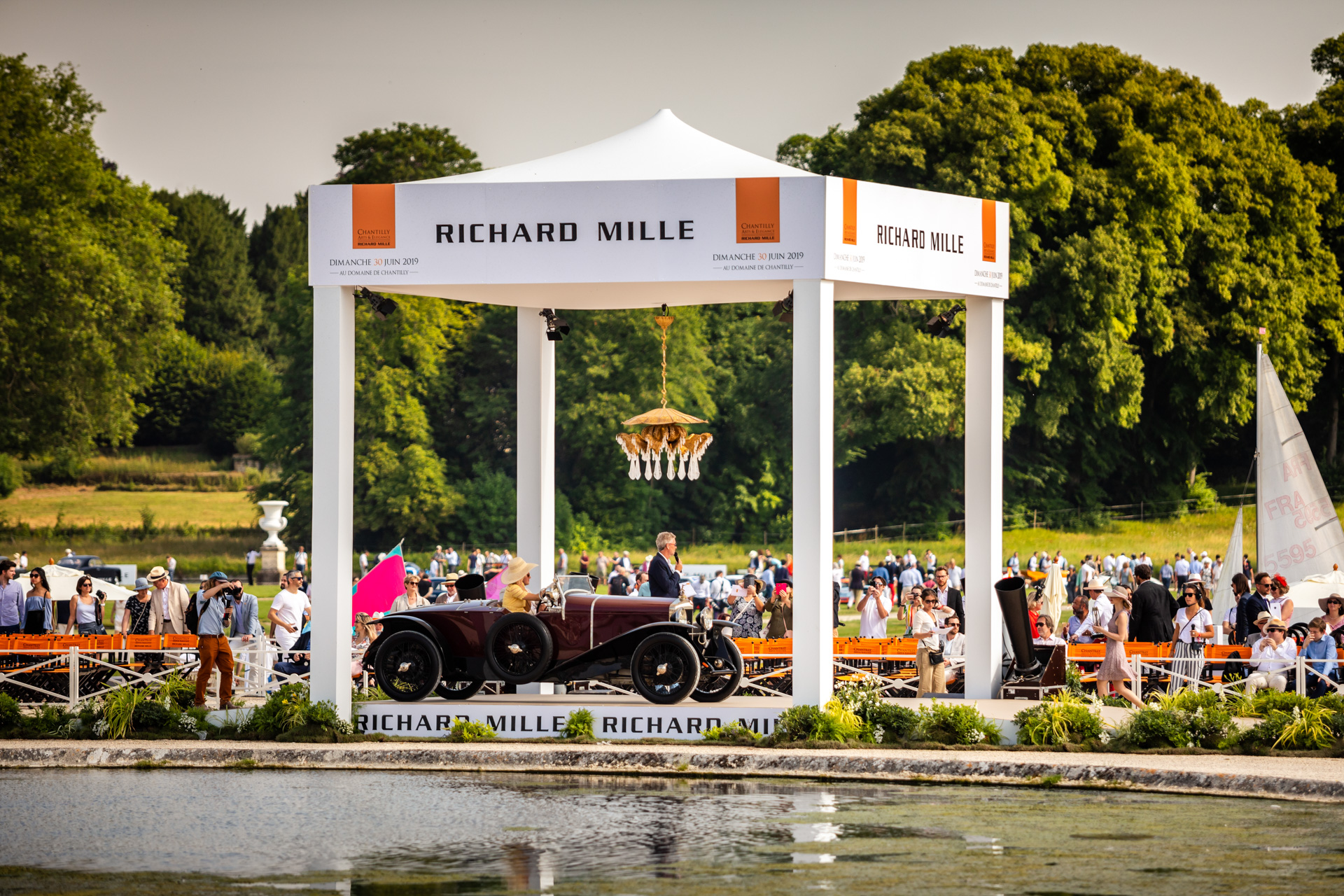